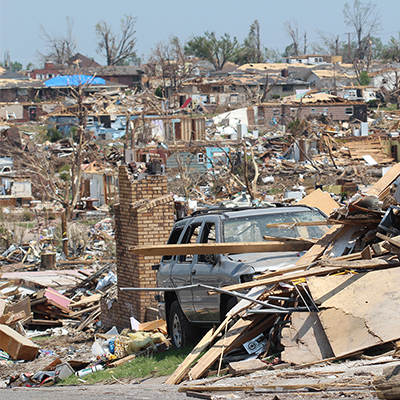 When the unthinkable occurs, it is crucial to have plans in place to minimize the effects of both mass casualty and mass fatality events. While these events may take place simultaneously, there are different considerations when addressing both situations. In short, the priority for mass casualty events includes tending to the wounded survivors, whereas the priority for mass fatality events focuses on respectfully handling decedents. However, the differences do not stop there in emergency preparedness. It’s imperative that those planning and handling standard operating procedures for emergency response know the difference in services needed.

The Similarities of Casualty and Fatality Operations

Both of these types of events have a severe impact on the surrounding community. Survivors can suffer from symptoms of PTSD (post-traumatic stress disorder) or other mental health issues. Family members of victims look for answers on the status of their loved ones. The community as a whole needs to be continually updated on the details of the event and how it is being addressed.

Mass casualty and mass fatality incidents can both result from natural or unnatural causes. They can be acts of violence, natural disasters, fires, transportational accidents, and more. Some examples include, use of weapons of mass destruction, severe weather like Hurricane Katrina, the pandemic influenza, and terrorist attacks.

With such a wide range of possibilities for mass casualty or fatality incidents, it is crucial to have a thought-out incident management system. No matter the cause of the event, local law enforcement will likely be involved at the scene. In certain situations, the Red Cross will also assist with mutual aid funds to support the response efforts.

Keep in mind that mass fatality incidents can also be labeled as a mass casualty if there are multiple victims, both alive and dead. In both cases, all disaster victims and survivors will need to be identified. It should also be noted that if there are any missing persons, emergency management teams should be on alert. In either situation, the remaining persons are likely to suffer survivor’s guilt, so the situation must be handled delicately. Survivors should be treated for their wounds and be supported to lessen the stress associated with being involved in the incident.

With a mass casualty or mass fatality event, there is no set number to determine if it falls into one of these categories. It all depends on the local resources available in that area. Some locations can easily handle five to ten fatalities, while others need to call in reinforcements. For example, New York City has a higher threshold for casualties compared to small towns due to the amount of resources nearby. Emergency management services like the fire department and EMS responders can typically handle the small amount of fatalities that occur on a day to day basis, but problems may arise when an incident occurs, leaving much more casualties than these local services can handle alone.

The Differences Between Both Response Efforts

In a mass casualty event, the first priority is to tend to the injured. The focus is on finding all survivors and aiding them in addressing their wounds or any health services needed. Mass casualty incidents need to have emergency medical services readily available to tend to victims. First responders will want to locate any surviving victims and guide them to the EMS workers. Triage must be performed to determine the severity of injuries that the casualties have suffered. And treatment plans can be started after initial response and triage is complete. After survivors are located, then you can transition to mass fatality management, if it applies.

Mass casualty events occur when the amount of casualties exceeds the local resources for transport and care. Because of this, resources often need to be brought in from outside the area in order to handle the crisis. This can include transporting non-critically injured survivors to other hospitals outside of the area or having other healthcare workers come in from outside areas to aid in tending to the wounded. Portable trailers can be a useful addition to your local resources by providing a place to tend to wounds and injured persons. This event differs from mass fatality events because the focus is on tending to the survivors and not handling decedents.

A mass casualty event can also be considered a mass fatality, though, if the number of fatalities overwhelms local resources for collecting antemortem data, victim identification, and other recovery operations. However, tending to the survivors should be first in mind until triage is complete.

A disaster mortuary operational response team (DMORT) can help with victim identification, human remains recovery efforts, and a thorough search for remaining bodies. Local law enforcement will be involved, especially if criminal activity is the cause of the incident.

In extreme or large-scale cases, the Federal Emergency Management Agency (FEMA) will be brought in to assist, and the National Disaster Medical System (NDMS) may also be involved to aid in responses to natural disasters or extreme weather. If the incident was related to any kind of transportation, the National Transportation Safety Board (NTSB) may be included in the investigation and handling of the incident.

Proper mass fatality management is critical, both on the local level and on a large-scale due to the sensitive subject at hand. The community will suffer greatly following the event, both on a physical and emotional level. With an organized and prepared mass fatality plan, the community can be at ease knowing that the victims and their loved ones are supported.

Comparatively, a mass fatality response that does not respect the deceased victims and the survivors will cause further damage to those local to the incident site.

The health and safety of the first responders should be top of mind in any situation. If at any point first responders are unsafe in the conditions, they should not proceed. There are certain precautions that individuals handling human remains need to keep in mind in order to protect themselves. For example, all proper PPE should be worn for protection, along with proper hygiene and hand washing.

No one can predict when a mass casualty incident will occur, so it’s crucial to have a fatality management plan in place to avoid confusion in your incident response.

By definition, mass fatality incidents occur when local resources are exhausted and cannot handle the amount of fatalities. Based on the nature of the event, decontamination may need to be conducted on the bodies from any biological, radiological, chemical, or other type of hazardous material. And it’s imperative to account for other important aspects of dealing with the tragedy, like victim identification, organizing personal effects, notifying funeral homes and the respectful storage of dead bodies.

Command structure should be identified in the plan, because a lack of structure causes confusion in the response, especially when different agencies are involved. First responders will vary from different disciplines and industries and need to know who to deliver findings to.

Media communication is also an important part to consider when creating emergency preparedness plans. Any discoveries should be public information, including any potential leads for the cause of the incident, public health risks, and most importantly, data collection like the number of fatalities and casualties. Remember, the surrounding community will be in a state of distress following these incidents. The more information they know about the incident will ultimately aid in easing tensions, even if the report is negative. Clear communication with the media and people will help with the reunification of the community.

While there is not a set number that determines if an incident qualifies as a mass casualty or mass fatality event, it is beneficial to determine the benchmark that your local resources can handle as part of your emergency preparedness plan. Having this number or guide before an incident occurs allows the response teams to quickly determine whether or not outside resources are needed to handle the situation.

If your organization is part of an emergency response team, it is crucial to understand the difference between mass casualty and mass fatality incidents so that you can properly address the situation. Be prepared when and if disaster strikes – Penn Care is ready to assist with all of your emergency medical needs: EMS Supplies, Ambulance Sales, EKG Monitors, and Disaster Response Equipment.